You are using an out of date browser. It may not display this or other websites correctly.
You should upgrade or use an alternative browser.
D

I'm sorry for my first post being a bike For Sale but am a frequent visitor to the FB page. I've had many GSXR's through the years but tend not to ride any more as I prefer to tinker with them instead.

The bike in question belongs to my wife's best friend. It belonged to her father who sadly passed away and she has now decided to sell his bikes.

I don't know a great deal about it other than he built it to be a replica of the endurance race bikes. It has a Yoshimura exhaust, fibreglass airbox with ram air tubes and a heat shield between the carbs and engine. The tank has endurance type dual fuel filler caps. The single seat unit really looks the part. It also has a braced swingarm that looks like a factory item and not some homemade lash up. These pictures were taken a few weeks ago and since it has been cleaned and looks fantastic!

The GSXR has a V5 so can be used on the road.

I'm not sure what it is worth and I'm hoping to get some feedback from you guys. This advert is to sell the bike so an sensible offer takes it.

The bike is located in Dronfield which is just south of Sheffield. 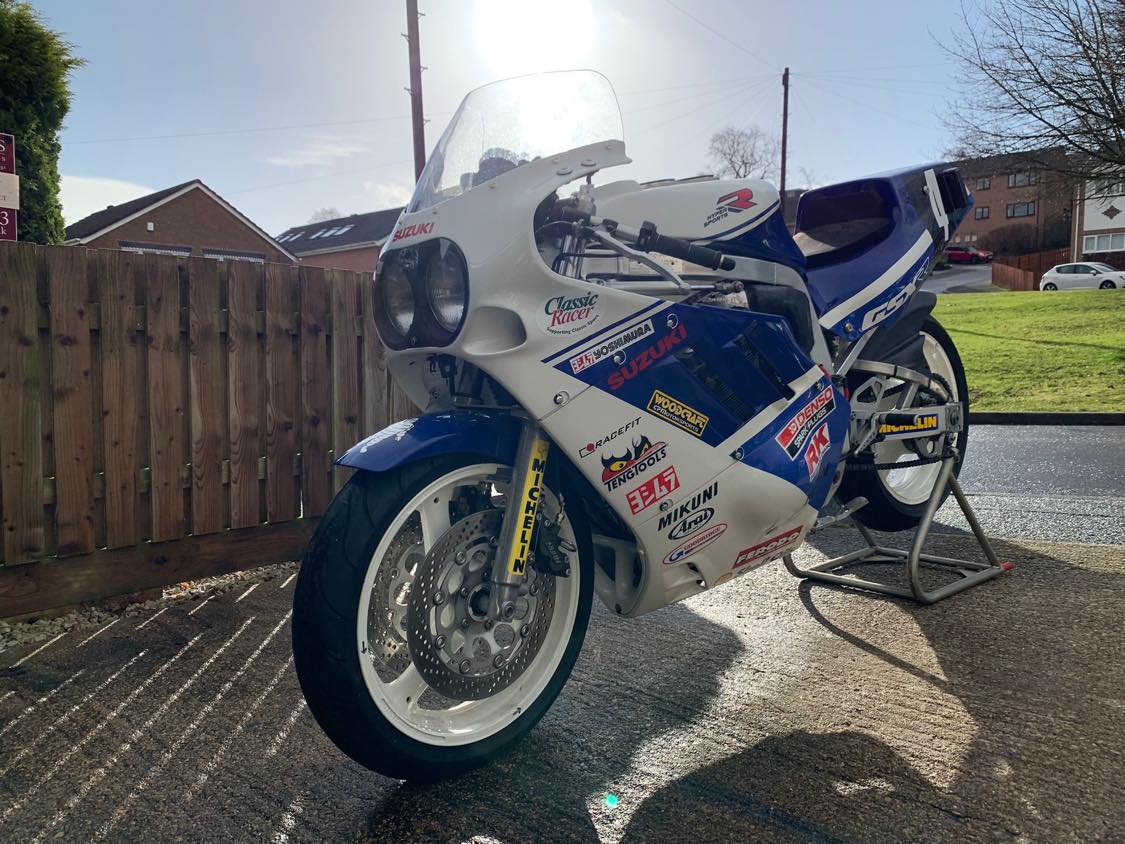 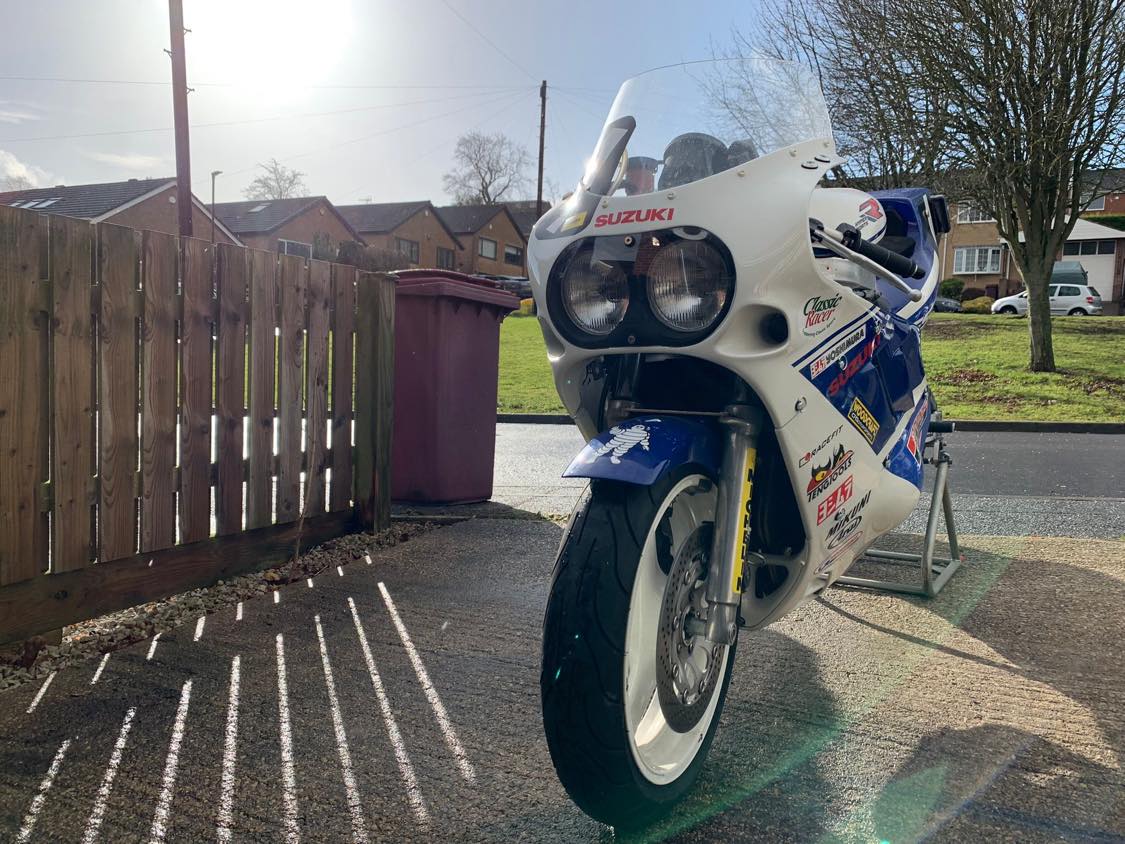 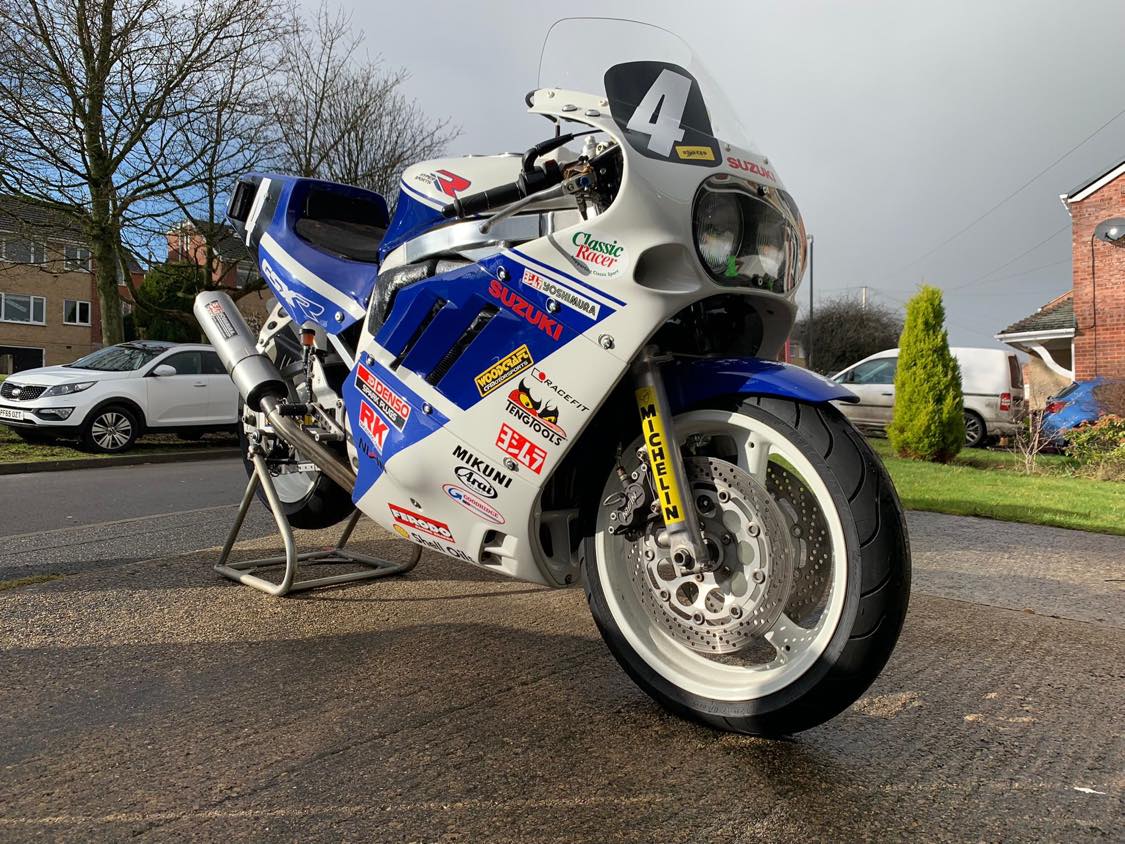 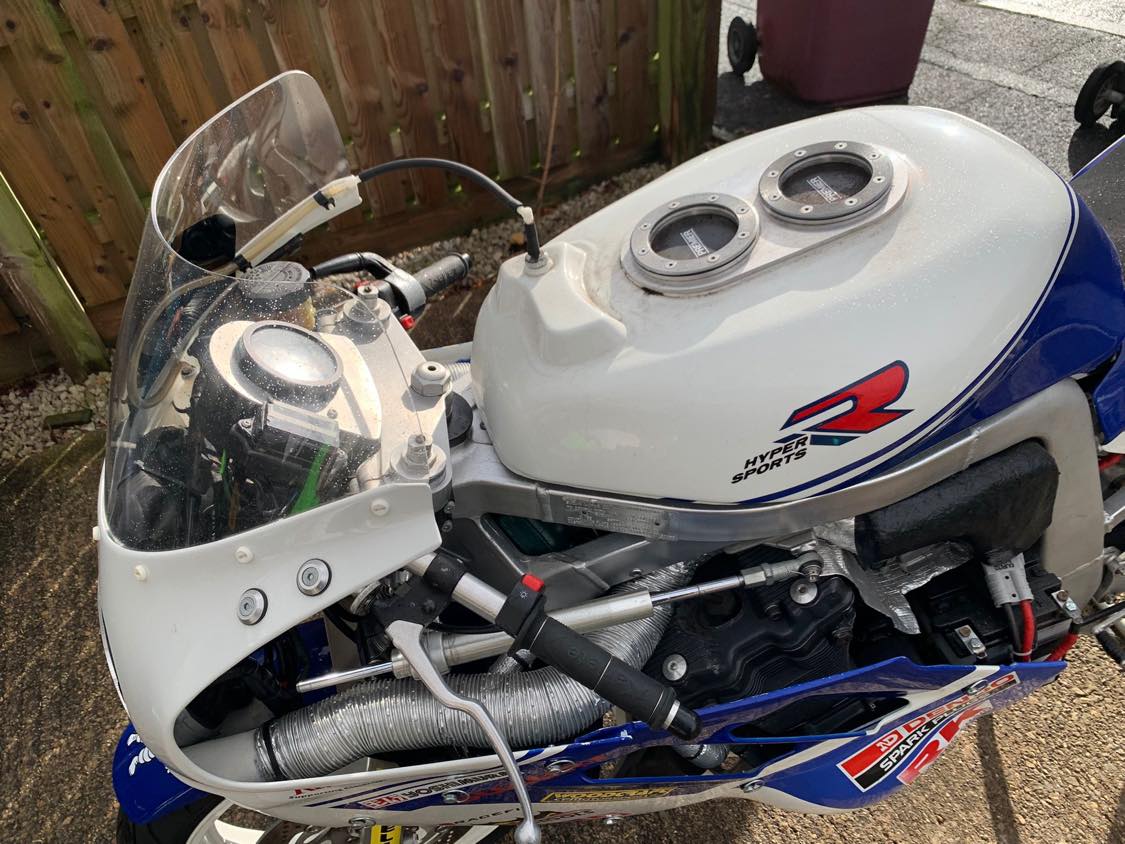 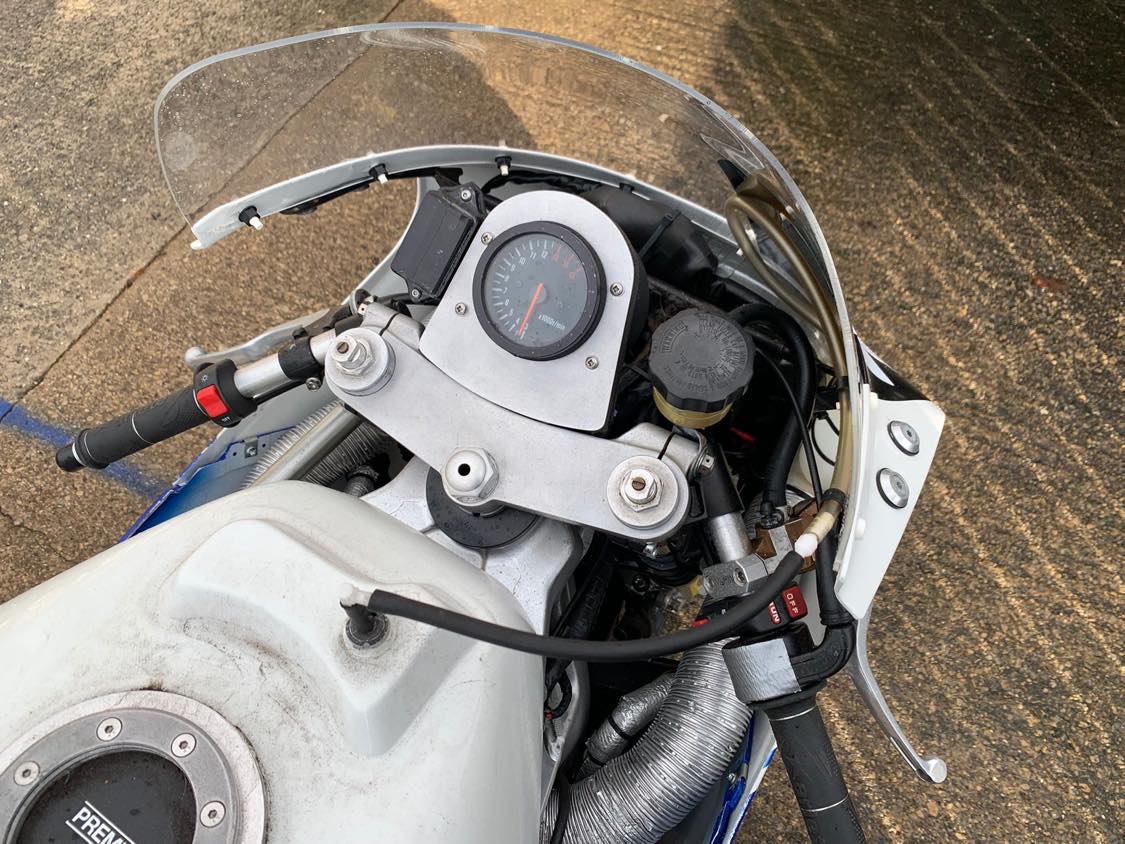 I could be interested in this. Looking for a classic race bike for track days
D